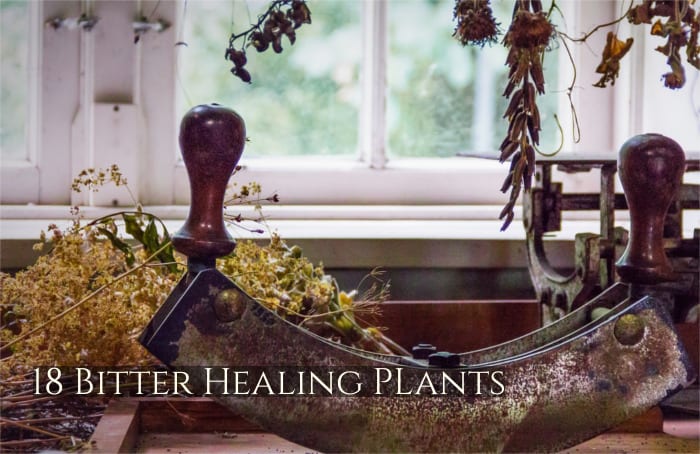 The following list of bitter healing plants and herbs contain bitter substances that are an important part of their overall healing composition. Healthy bitters can be extremely beneficial to your digestive health and metabolism.

Bitters are best consumed in the form of tinctures or teas because the active ingredients are more readily absorbed via oral mucosa. Whether your condition is infectious, stress-related, or simply caused by exhaustion, bitter substances can help stimulate healing and vitality.

The cause behind many of our persistent ailments is often the result of weakened or compromised liver function. Bitter substances work to stimulate the liver’s metabolic function to restore your body’s powerful detoxifying organ. For more information on bitter food, we urge you to check out alternate resources by clicking here. 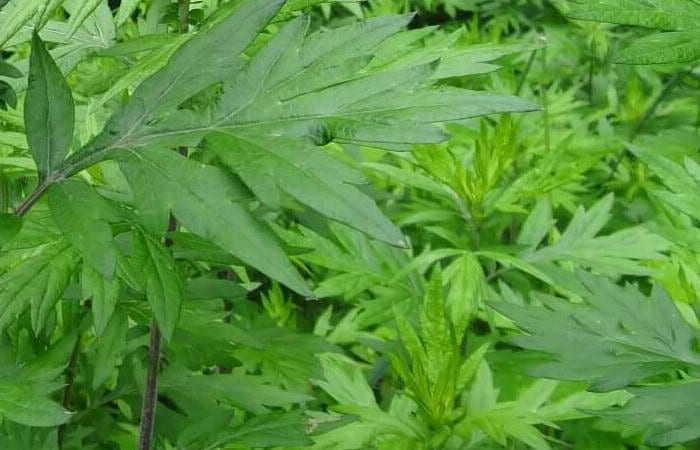 Mugwort, a bitter herb with many health benefits

Mugwort is a naturally bitter spice that improves our ability to digest fatty foods. Mugwort also serves to ward off bad breath, diarrhea, hemorrhoids, and nasal congestion, along with gall and liver ailments. Used as a tincture, Mugwort works can also improve mood and sleep. Mugwort may also be used as a tea or as a spice. It is naturally antibacterial with soothing and sleep-promoting effects. It may also helps with minor bladder and kidney conditions. Mugwort is a source of natural digestive bitters that can be found in most stores. 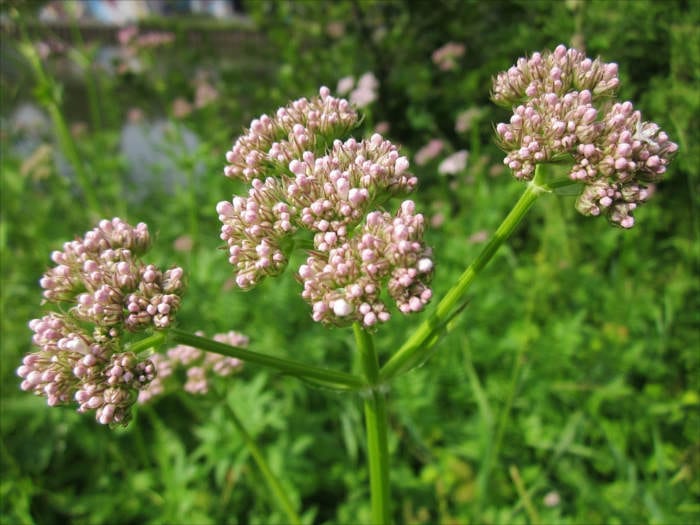 Valerian is a natural digestive bitter that contains bitter substances in its roots. When Valerian is mixed together with the essential oils can reduce stress, nervousness, and anxiety. 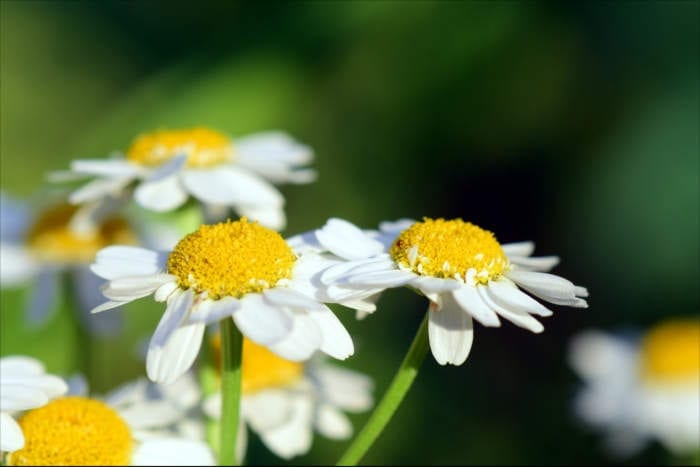 Chamomile blossoms contain essential oils composed, in part, of Azulene, a blue hydrocarbon. Azulene is known for its anti-inflammatory properties. Chamomile also contains resins, wax, fatty acids, bitter agents, chlorophyll, and phosphoric acid salts. This unique combination of ingredients has the potential to trigger surprising healing effects, particularly when consumed via tea. Although Chamomile is most often thought of as an excellent anti-inflammatory, it can also aid in healthy digestion. 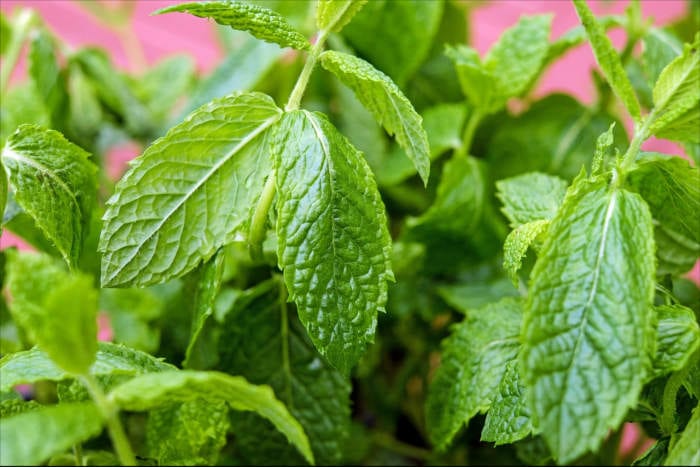 Peppermint contains a number of different bitter agents with anti-inflammatory, germ-killing, bile-drifting, cramp-relieving, and pain-relieving properties. The herb is mainly consumed as mint tea and is also known to assist with digestive issues such as bloating, diarrhea, gall ailments, stomach aches, and nausea. Peppermint is also used for insomnia, headaches, and the common cold. In our post about the health benefits of peppermint we cover all medicinal uses of peppermint. Peppermint teas and tincture are a great way to consume organic bitters for digestion.

Yarrow is a bitter herb that contains along bitter substances, essential oils, flavonoids, and essential minerals such as potassium. In addition to relieving a variety of digestion issues, in monastic medicine it is often associated with limiting blood flow and healing wounds. Yarrow has several health benefits including topical and internal use. 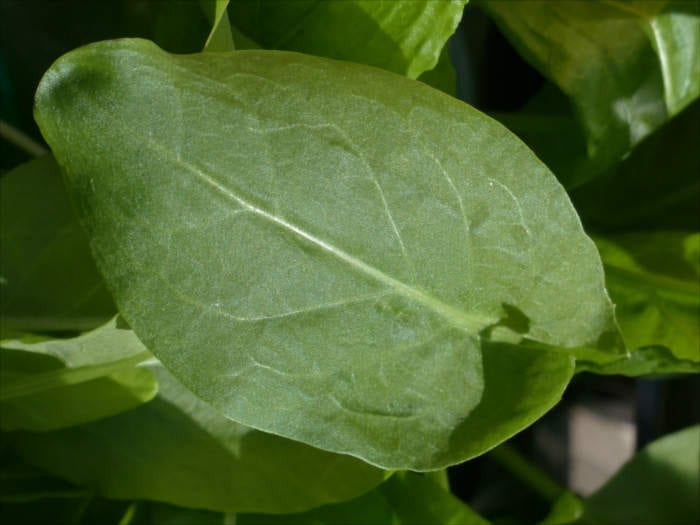 The bitter herb Sorrel should always be used fresh in recipes. The aroma and flavor almost completely disappear when dried. Sorrel was well known and appreciated in ancient Greece, Egypt, and Rome, where it was consumed for vitamin and mineral deficiencies. It was also used to reduce fever. Pregnant women or people with known kidney ailments should not use Sorrel. 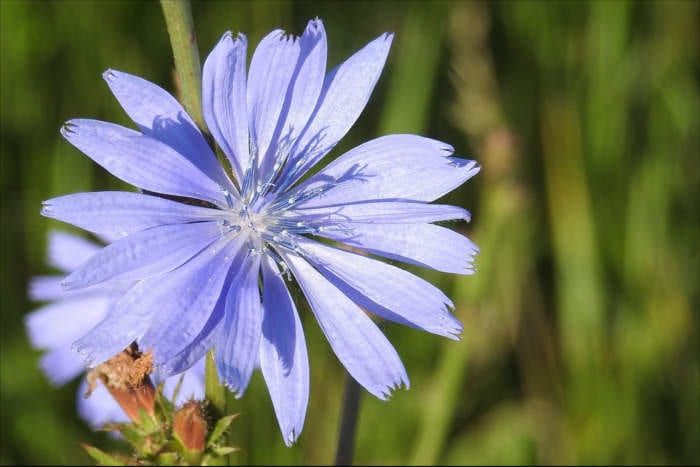 The dried and roasted roots of the Chicory plant are often used along with other roasted beans to serve as an alternative to coffee. Teas derived from the chicory herb (approx. 15 grams per liter of water) help with kidney and gallstone issues. Traditionally, chicory was used to treat mild forms of jaundice, mild fevers, and to promote a mild laxative effect (because of its natural digestive properties). 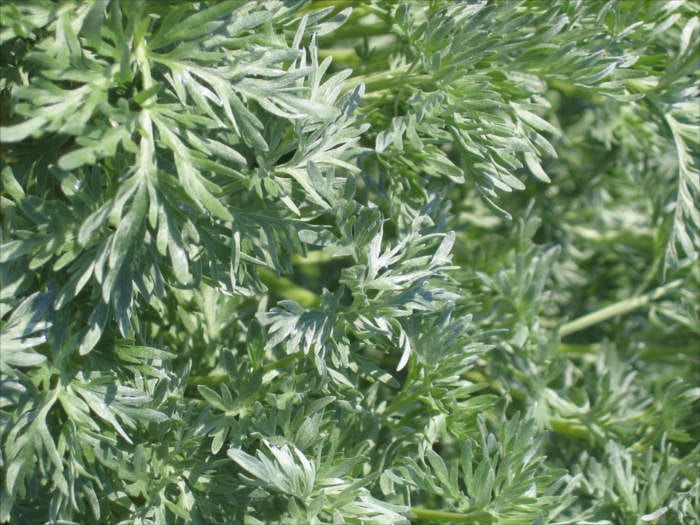 An old adage goes “Wormwood makes everything good” And, recent scientific research seems to confirm this old belief. Wormwood is a bitter herb that activates acetylcholine receptors in the brain to help limit the decline of memory function in Alzheimer’s patients. 2,500 years ago, the godfather of medicine, Hippocrates (the famous Greek doctor) prescribed Wormwood to his patients suffering from memory problems. In our post about the health benefits and remedies of Wormwood, we look into this amazing medicinal bitter herb. 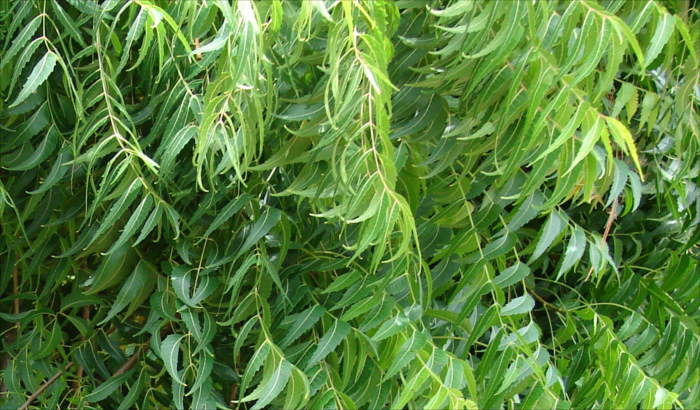 The neem tree possesses a host of valuable and healthy components in addition to being a healthy dose of bitter substances. The leaves, flower, fruit, and bark all possess some healing properties. Derivatives of neem tree are known to act as an antibacterial, fungicide, anti-inflammatory, disinfectant, diuretic, and is even known to have fever-reducing capabilities. As with many bitter herbs, neem helps strengthen the immune system and the liver. The components of the plant are also used for the production of natural, eco-friendly, insecticides and pesticides. 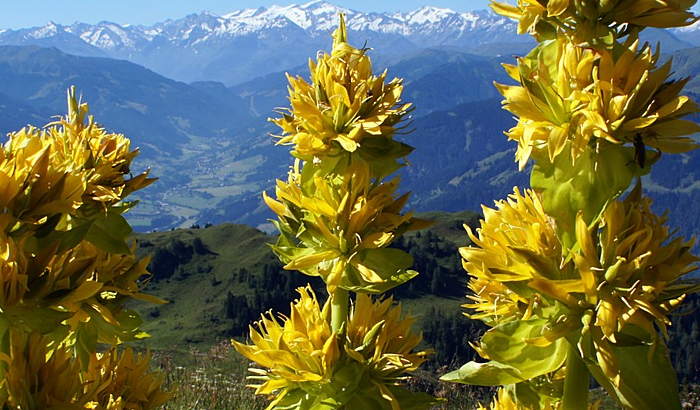 Gentian ranks among the most bitter of indigenous European plants and has a number of bitter substances contributing to a powerful herbal bitter flavor. In Europe, gentian is an alpine plant with a long history of medicinal uses for digestive problems, fever, hypertension, liver ailments, skin problems, rheumatism, and gout. It is also used as a flavoring bitter in aperitifs, liquors, and tonics. Both its leaves and roots are used. The measurement of IBUs (International Bitterness Units) is extremely high, reflecting the powerful natural bitters of the plant. 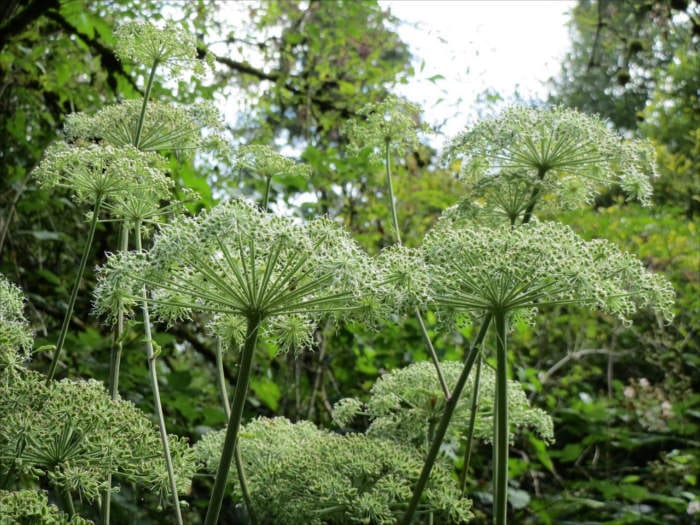 In addition to a rich flavor profile from naturally bitter substances, angelica root possesses a fine aromatic essential oil. Angelica root is often included in Hildegard of Bingen’s bitter elixirs, providing an invigorating and spicy bitter flavor. Angelica root is also used for calming, to strengthen the nerves, and to help clear the airways for breathing. 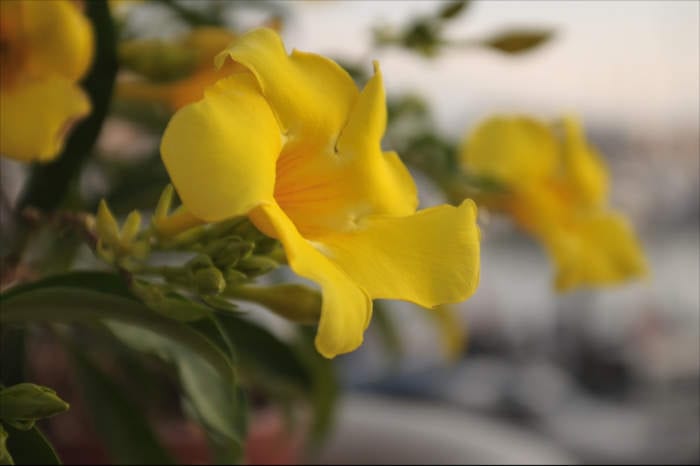 Cinquefoil acts as an astringent, generally tightening the skin and tissue. It’s best used as a tincture and often recommended for minor gastrointestinal conditions and diarrhea. Cinquefoil is also used topically in the mouth as a gargling solution and to heal inflammation in the mouth. Incorporating Cinquefoil within your diet is a great way to include healthy and naturally digestive bitters within your daily regimen. 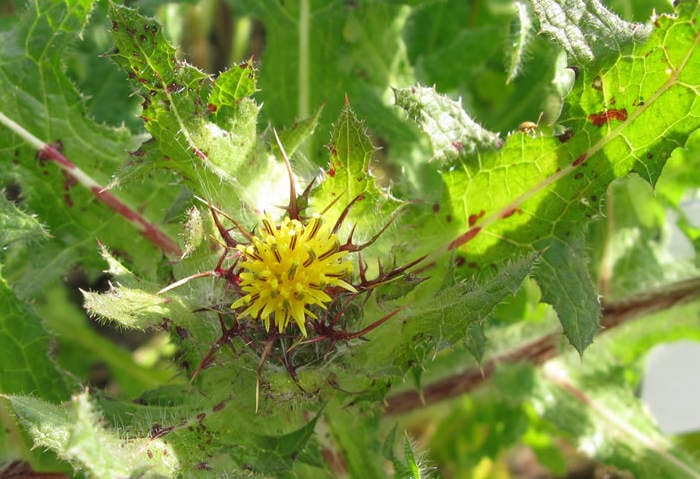 In German, blessed thistle is known as Benedict herb because St. Benedict recommended this bitter herb as a panacea against all ailments. Cnicus commonly appeared in most medieval monastic gardens as a staple healing plant. The bitter substances contained in Cnicus help stimulate appetite and digestion. It is also used effectively to treat flatulence. 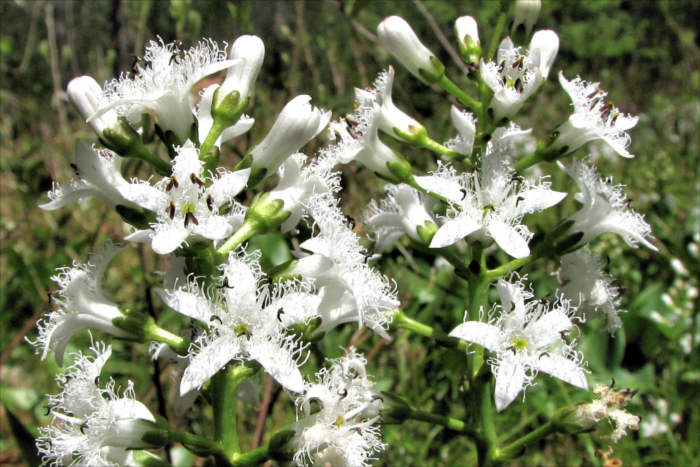 The naturally bitter substance that is found in Buckbean stimulate the production and secretion of saliva, bile, and gastric juices. This bitter herb is generally used to support the digestive process and is included in the long list of naturally digestive bitters that are underused in modern diets. 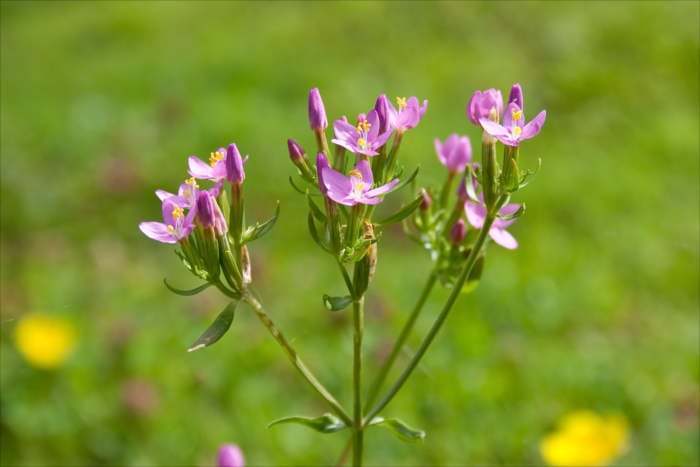 Centaury contains bitter substances that can stimulate the digestive process and appetite. It is also used to relieve flatulence and indigestion. 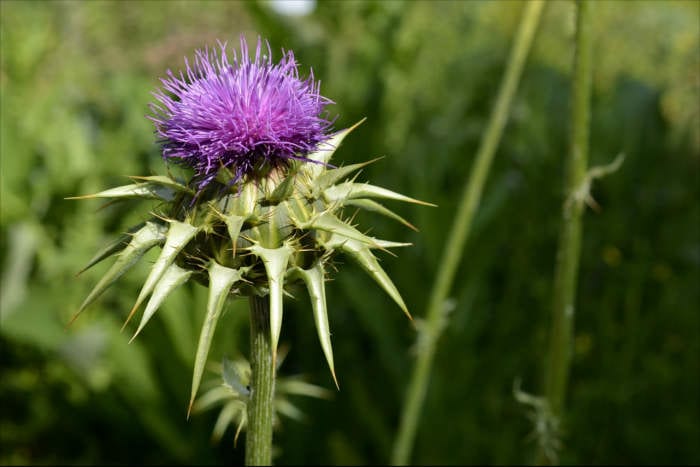 The Milk Thistle ranks among the most prominent medicinal plants recognized in Germany for its protective effects on the liver. Milk Thistle was one of Hildegard of Bingen’s favorite herbs. It contains silymarin, which is the primary active component used to treat liver conditions, but also contains a number of tannins and bitter substances that have antioxidant and anti-inflammatory properties. 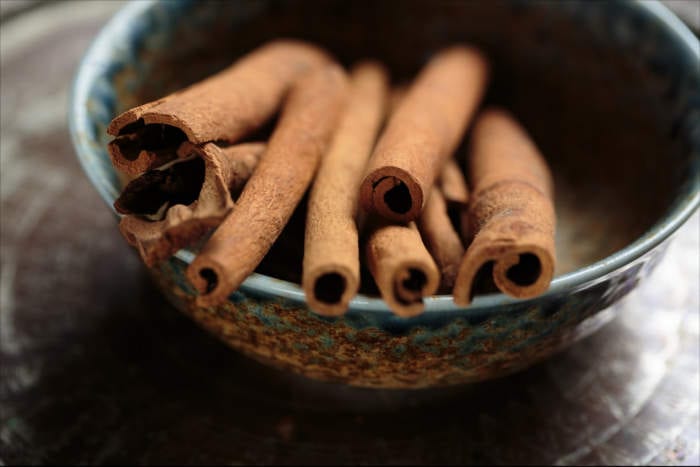 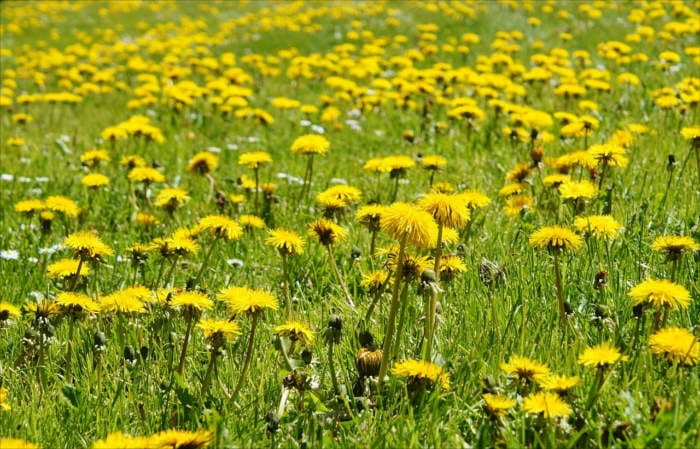 During the fall season, dandelions are rich with inulin, a sweet tasting starch used for weight loss and to relieve constipation. During spring, dandelions generally taste much more bitter than during the autumn months. Dandelion is used as a bitter herb to detoxify and stimulate the liver and gallbladder.

We hope that the above information provided you with more insight as to what bitter herbs and plants can be utilized within your diet for medicinal and health purposes. For more information on healthy diets inspired by the teachings of Hildegard of Bingen, we urge you to check out our e-book on healthy fasting.