Every autumn, a meadow near the city center of Munich transforms into the world’s largest beer and folk festival or Volksfest. Known as Oktoberfest, the 16-day celebration is referred to by many locals as Wiesn, short for Theresienwiese, or Theresa’s Meadow, named for the place where King Ludwig I wed Princess Therese in 1820.

This is the simple origin of a festival that has evolved into a meeting place for the world to join local Bavarians in hoisting their steins.  As it turns out, there are several reasons to celebrate, including the health benefits of beer. 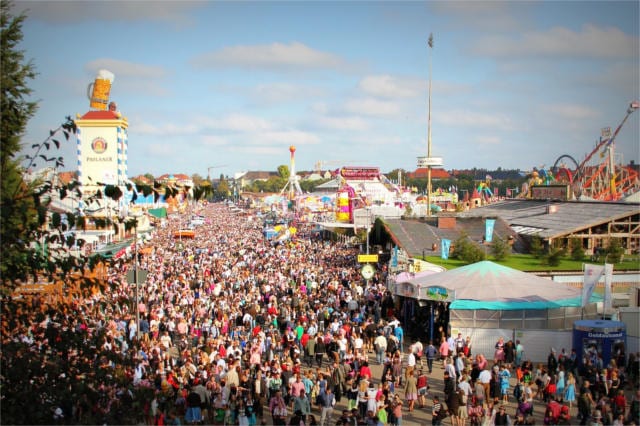 Celebrate the Health Benefits of Beer

For just over two weeks, 6 million visitors descend the grassy hill into a pop-up village of vendors, entertainers, carnival attractions, purveyors of traditional food, and of course beer tents, some so large the idea of a tent is lost among the 6 million people celebrating beneath the sweeping expanses. 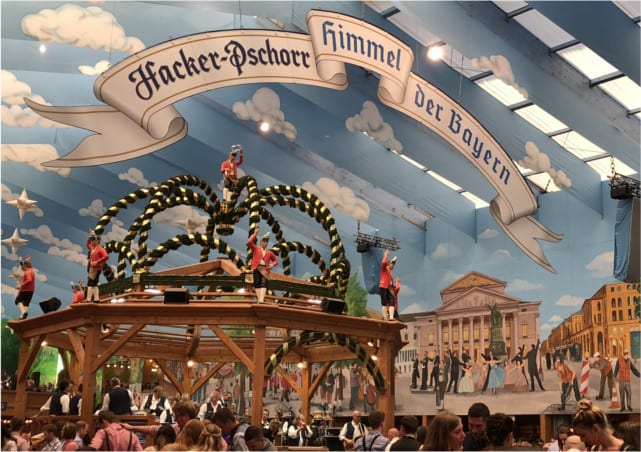 The six million celebrants consume (and spill) over six million liters of beer annually, which seems about right until you consider the number of children in attendance. While the concept of moderation may escape some, most people enjoy their beer as they would at their local beer hall: in moderation with friends and family. 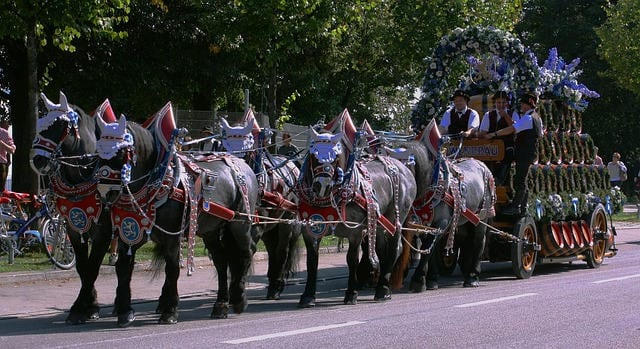 So in the spirit of Oktoberfest we thought we’d share a bit of Hildegard beer lore and perhaps inspire you to celebrate the health benefits of beer with good friends.

A Brief History of Beer

Beer and German culture have gone hand-in-stein for eons. Germanic people have been brewing beer for some 3,000 years.  To this day, Germans represent some of the world’s most prolific brewers, and of course beer drinkers. (Germans are third in beer consumption per capita behind neighboring Czech Republic and Austria). As Germans migrated to other regions, they took their craft with them, introducing the beverage and the health benefits of beer to new host cultures, where the tradition continued to evolve. 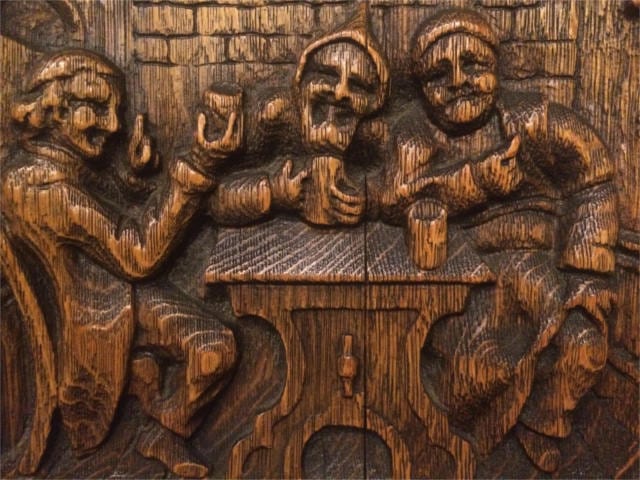 Until around the eighth century, beer was brewed almost exclusively in the home, by a tribal hausfrau (a most capable housewife.) It was as common as baking bread and tending the medieval garden. When feudalism took hold, these traditions became codified under various laws and practices administered by the feudal lords. The production of beer was made “official” and as such, subject to taxation (or tribute) to the local authorities. 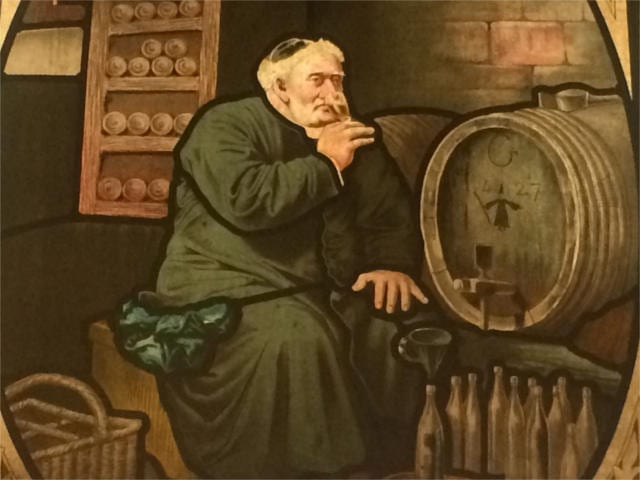 Beer was bread within monasteries

By the 11th century brewing was a principal occupation within monasteries, where professional brew-monks and brew-nuns had built breweries to provide food, drink, and shelter to travelers and pilgrims and to provide themselves with liquid sustenance during times of fasting.  In the annals of monastic medicine, the health benefits of beer became better known.

The rise of Christianity would impart the practice of brewing with deep spiritual bonds as well as advancements due to the documentation, practice, and refinement common to monastic life. A series of patron saints of beer (and later, hops) would guide the way toward what we know as modern beer. To this day these bonds are called upon to celebrate this beverage (and for marketing, of course).

Hildegard of Bingen: a saint of suds

In Hildegard of Bingen’s time, beer was not only ingrained in the culture at-large, but also as a regular part of monastic life. In fact, Hildegard of Bingen writings include one of the earliest known references to hops in brewing beer, and perhaps the first time in history hops were acknowledged as a preservative. Hildegard wrote about hops around 1150-1160 AD.  A Canadian beer company, Driftwood Brewery pays homage to Hildegard’s influence in the use of hops in beer by naming a beer after her, Naughty Hildegard (tongue in cheek).

In her Physica, Hildegard writes the following.

“[The hop plant] is warm and dry, and has moderate moisture, and is not very useful in benefiting man, because it makes melancholy grow in man and makes the soul of man sad, and weighs down his inner organs. But yet, as a result of its own bitterness it keeps some putrefactions from drinks, to which it may be added, so that they may last so much longer.” 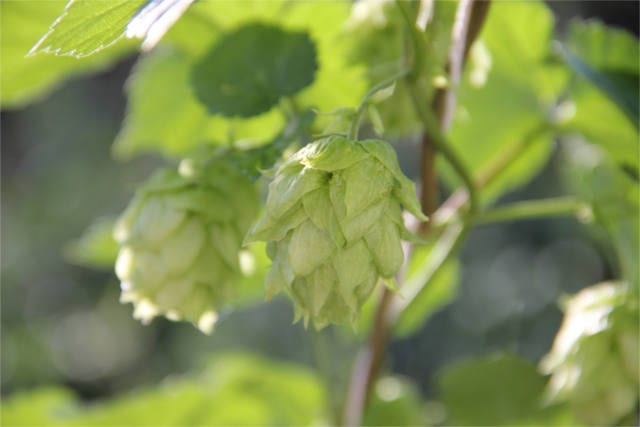 Hops, the soul of beer

Wild hops had long been consumed by ancient Romans and used medicinally in different parts of the world for their anti-microbial, anti-spasmodic, and sedative qualities. So her observations of melancholy were apt, albeit arguably a bit shortsighted.

But given that hops had not been used in beer-making previously, and they were a long way from being ubiquitous or oft-cultivated, it is not surprising that the many benefits of hops had eluded Hildegard.  However, knowing Hildegard’s fondness for bitter tasting foods, it makes sense that she be the one to include this naturally bitter flavor in what we know of today as beer. 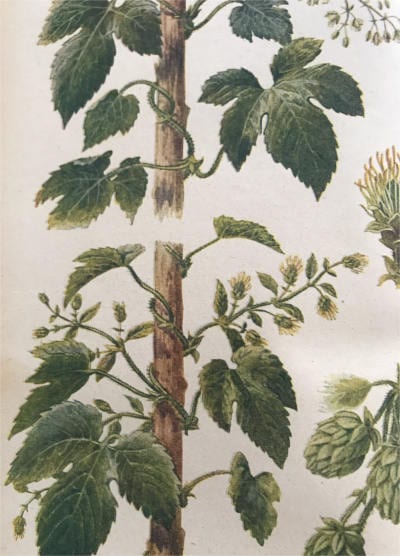 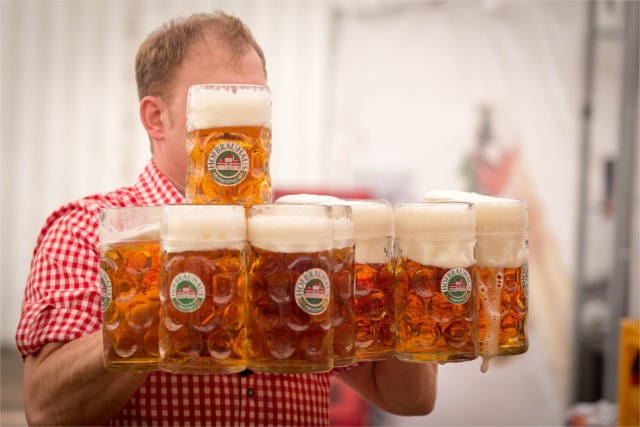 Oktoberfest is a celebration of Beer

Health benefits of beer according to Hildegard

In her book, Causae et Curae, Hildegard wrote: “…[beer] positively affects the body when moderately consumed…beer fattens the flesh and…lends a beautiful color to the face.”

As it turns out, she was right on all accounts. Particularly regarding moderation. While far from a health tonic, beer does offer some unique qualities that have proven beneficial when consumed in moderation as part of a healthy lifestyle.

The Health Benefits of Beer

Research continues to support the health benefits of beer and the moderate consumption of alcohol, including wine. Many of these health benefits are associated with hops, though some are also linked to trace elements like silicon or the affect of low-levels of alcohol. 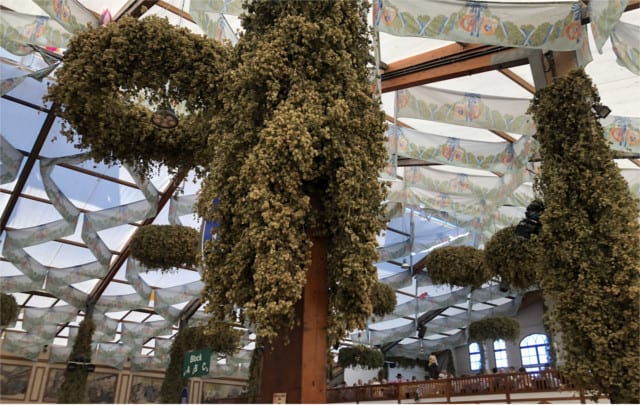 Oktoberfest, the beer tents are decorated with hops

We’ve gathered a few of the most well-documented health benefits of beer to help you feel better about your nightly pint.

Numerous studies have demonstrated a positive link between beer consumption and increased bone density. Researchers believe that the silicon in beer is largely responsible for this benefit which is especially significant in women.  Women recorded increased density after more than two drinks per day as opposed to men, who saw the benefits decline the more they drank. The benefits seem to be most pronounced in post-menopausal women, due to a combination of the silicon content of beer coupled with the naturally occurring phytoestrogen from hops. 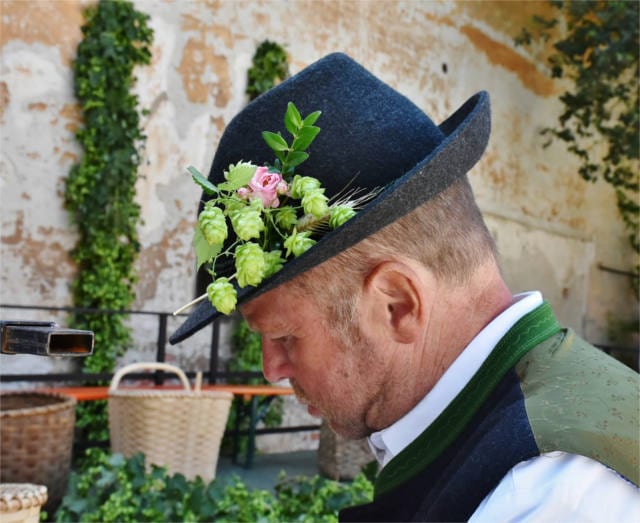 Drinking beer has been shown to reduce the markers for inflammation.  The natural bitter acids in hops have anti-inflammatory properties. These polyphenols are powerful anti-oxidants that have antiviral properties, help regulate the immune system, and help to down-regulate genes that are programmed to initiate inflammation. A series of studies by German and American researchers found that consuming beer also reduced muscle inflammation in a group of marathon runners. So you may want to keep sipping those suds before and after your next big race.

Studies indicate that the flavonoids in hops contribute to the health benefits of beer, including preventing or mitigating cancerous cell growth. The prenylated favonoid Xanthohumol (XN) in hops protects cells against DNA damage from carcinogens, inhibits DNA synthesis and proliferation of cancer cells in vitro, inactivates oxygen radicals (prevents oxidative damage to cells), and induces apoptosis, the process by which cells that are no longer needed or are a threat are destroyed. Delayed or impaired apoptosis is believed to be a precursor to cancerous cell growth.

Studies have shown that moderate consumption of beer provides similar heart-healthy benefits that earlier studies had linked with the consumption of wine. A review by Italy’s Fondazione di Ricerca e Cura found that moderate beer drinking lowered drinkers’ potential for heart disease by 31%. Further, drinkers need only consume around one beer containing about 5% ABV per day to realize the benefits. As in most studies associated with alcoholic beverage consumption, the benefits diminish rapidly the more that is consumed, even to the point where consumption actually impairs health. So remember Hildegard’s moderation and discretio. 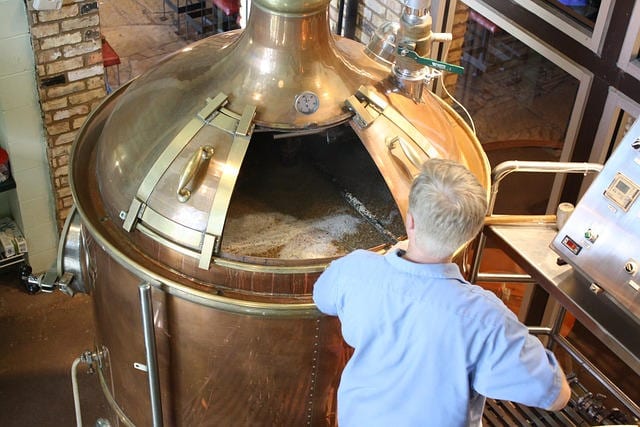 Sure, kidney stone risk doesn’t keep you up at night. But it’s nice to know that your love of beer just might reduce your risk of this potentially painful passing. A study reported in the Clinical Journal of American Society of Nephrology indicates that drinking beer can greatly diminish your chances of getting kidney stones. Those who regularly consumed moderate amounts of beer or wine had between 33% and 41% less probability of forming kidney stones than people who drank no alcohol at all. And in case you need even more reasons to avoid soda, the study found that people who consumed soda were 23% more likely to get kidney stones than those who didn’t drink soda. 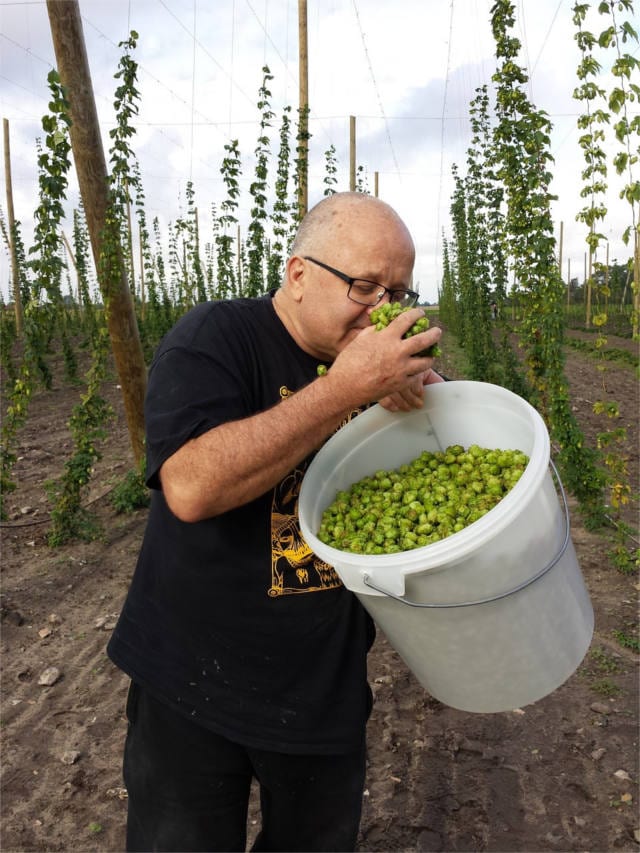 Hildegard was a big proponent of digestive health. So it is fitting that beer was not only on her approved list but also that modern science finds that drinking beer after dinner can provide many positive digestive benefits. According to a study in the Journal of Agriculture and Food Chemistry beer consumption is associated with gastric acid production. Researchers found that beer contains several ingredients with digestive properties that increased pancreatic enzymes, stimulate production of gastric acid, and encourage several other digestive mechanisms, improving overall digestion.

Researchers from Loyola University in Chicago reviewed 143 studies dating back to 1977 in their research on alcohol and cognitive impairment.

The concluded that moderate drinkers were 23 percent less likely to develop cognitive impairment or Alzheimer’s disease and other forms of dementia. Researches suspect that, among other factors, the silicon in beer helps to protect your brain from chemicals that are believed to lead to cognitive impairment. Researchers were, however, careful to note that they do not recommend people who currently do not drink alcohol to start consuming.

As the long shadows of autumn cue us to bring in the harvest and prepare for the coming winter, get outside and enjoy the turning of the seasons. And if you are so inclined, find a long table in a park or a local brewpub and hoist a beer with friends and family, fatten your flesh (just a little), and don those rosy cheeks. In moderation or discretio, of course.

A Gift from Healthy Hildegard