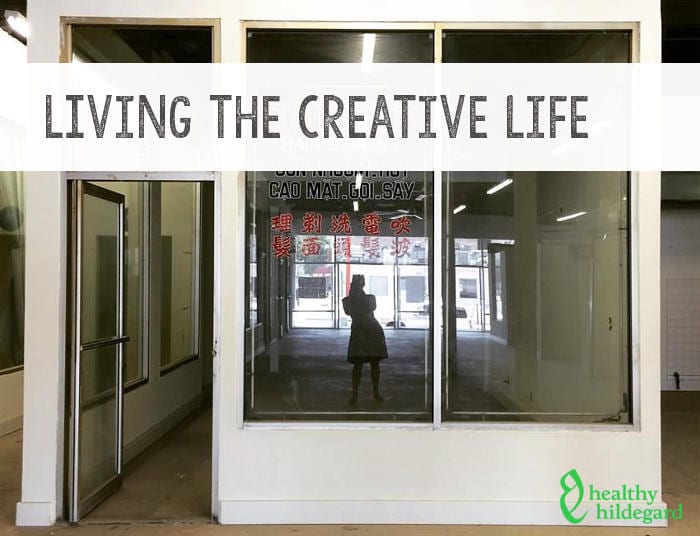 We first met Hadley Meares through a story she had written about Hildegard. Hadley’s biography on Hildegard offered a fresh new perspective on our namesake’s living creativity. Hadley captured the essence of Hildegard with a light-hearted reverence that made us laugh, but also reminded us of just how remarkable Hildegard of Bingen was in her time and how her legacy continues to influence and inspire to this day.

Hadley’s talent for making history fun, interesting, and relevant shined through and we were taken with her approach to Hildegard’s work. We are always excited when we come across a modern story about Hildegard, but in this case we thought there might be more to explore than just a story about Hildegard. 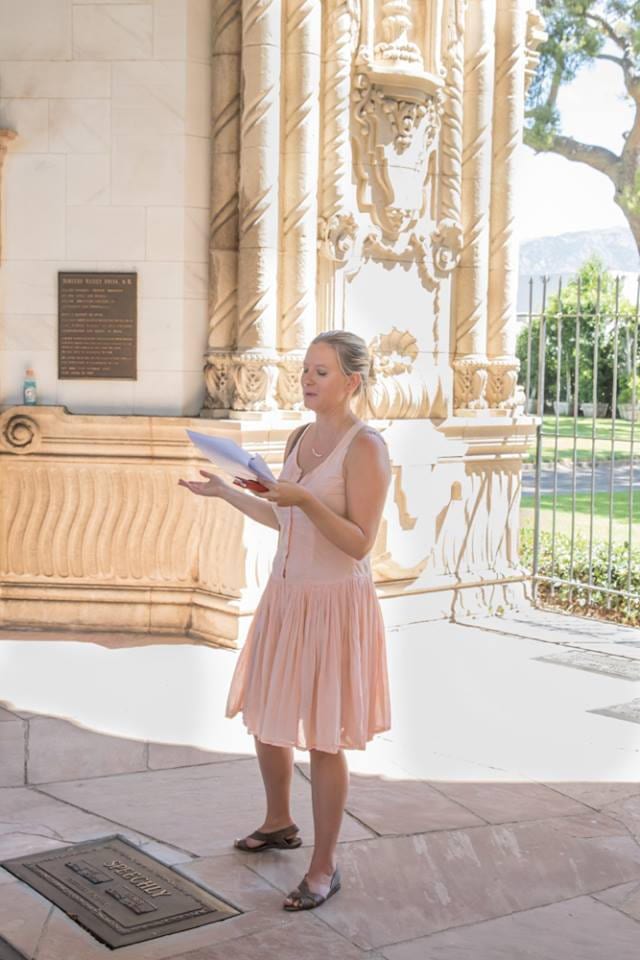 It turns out we were right.  We reached out to Hadley, and in the process discovered her personal blog. Through our conversations with her and diving deeper into her work as a writer, we discovered that Hadley’s writing reflects a lot about her, personally. Hadley is thoughtful, fun, and full of energy for her chosen occupation as a writer and historian. Above all, she is by Hildegard’s ideals of living creativity.

We initially thought we would feature Hadley as part of our ongoing exploration of Hildegard’s midlife awakening as an example of living creativity through midlife transition. But, as we learned more about Hadley, we realized that her story is not so much about the transitions in life or turning toward living creativity, but rather about life as a creative pursuit, a lifelong dedication to living creativity.

So we asked Hadley tell us a little about living creativity.

HH: What is the power of creativity? And/or what does living creativity mean to you?

HM: For as long as I can remember, I have always been fascinated by the work people do and the way they do it. My grandfather owned gas stations and hardware stores in rural North Carolina. Pretty cut and dry; should have been utterly by the book, i.e. gas, sodas, and windshield wiper fluid. But it wasn’t.

For a time he had a bunch of goats in the gravel yard out back of the gas station. No one was quite sure why. Some said that it was because his initials were C.G. and he had been nicknamed Corny Goat as a child and had an affinity for goats ever since. He also opened a toy store (I liked to think just for me) attached to the gas station, and sold fish at a subsequent convenience store. I don’t really know why he decided to do these things, but it sure made his work a lot more interesting, to him and to his customers. His gas station wasn’t like any other gas station in the world. None of them are.

Examples like this, of living creativity in the “straight world,” were all around me. My dad ran an advertising newspaper, filled with classifieds and coupons, but occasionally he would print a short story, a poem, or a carefully staged photo shoot. My mother taught preschool and I would watch her experiment with how to make homemade play-doh just so, or plan a new lesson that would make three-year-olds experience the world in a new way.

All this impressed upon me that the power of living creativity was everything. It was what made the world a fascinating place, what made everything possible and different, even if the tasks that had to be executed seemed the most plebian and commonplace. To me creativity is what makes people, places, and things unique. 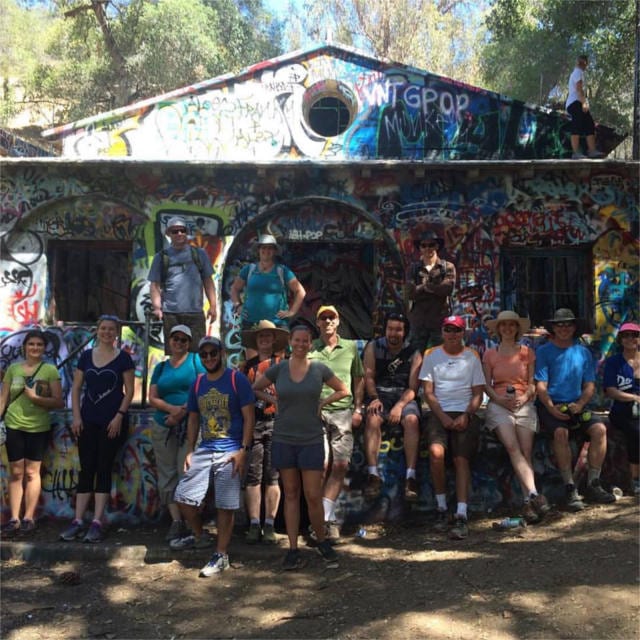 Every moment of every life is creative. Nobody gives a hug in quite the same way. I am not sure I believe in god, but I do believe the closest I feel to “god,” or to that most important way of being at peace is when I have a simple laser focus on a task at hand. Most simply, when I am creating something, whether it be love, my shopping list, a joke with friends or a song with the band. Creation brings us closest to the universal id, whatever the hell that is. After all, it somehow, even if just by accident, is how the universe was created.

Even though I had all these wonderful examples of the omnipresence of creativity in everyday life, for many years I fell into the familiar modern trap. That creativity, with a BIG C, could only really be expressed, or more importantly, properly appreciated if it was overtly “artistic” in nature. One had to write fiction, sing, act, dance, paint – that was what creative people did.

The fact that I thought this way, even though I had direct proof of the contrary, shows the way in which ego trumps creativity, and the importance in our society placed on the following: if the wider world does not recognize your creativity, that you have produced something different, and crafted something new, thought something a unique way, then it is not important, and not worth creating in the first place. What bullshit!

But I fell into the trap. I loved reading about “temperamental artists,” so I decided that meant I wanted to be one. I acted, I sang, I wrote fiction. I loved doing all these things (and still do), but I don’t think it is where my ultimate creative power lies. It was only through trial and error, and that most inevitable of things – years passing by, that I realized that more than wanting to be the people I read about, I wanted to write about them, talk about them, help people experience small histories of the world in a new and accessible way.

The Act of Living Creativity

Every time I write a history of someone, or lead folks on a tour of an historic place, I am creating a narrative (based on facts I have at my disposal) about the way people went about creating: art, companies, countries, families, places, life. It’s just my interpretation, my personal invention. Read a biography of Queen Elizabeth I from 1816, then 1916, and then today – they are completely different. Because different people crafted them, in different times, with different preconceptions and goals and resources at their disposal. They are all creating a version of a history – none of them are even close to being 100 percent right, but all of them are valid. 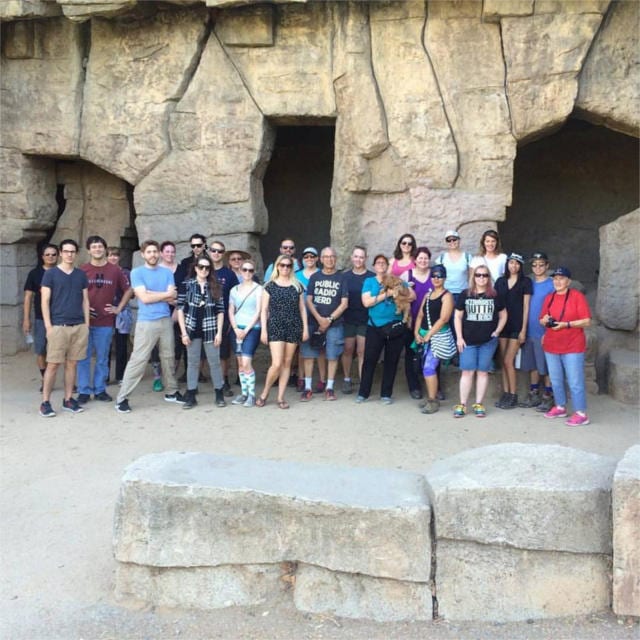 So what is creativity to me? It’s everything. It is the doctors testing new therapies to help autistic children, it is lawmakers finding a better way to build humane prisons, and it’s a grocery store clerk stacking the cereal boxes according the color instead of brand. It’s everything and nothing. It is in all of us, not just the chosen few. Instead of being a rarefied gift, it is the main force that binds us all together- after all WE were all created, magically and perfectly and differently- by just a sperm and an egg.