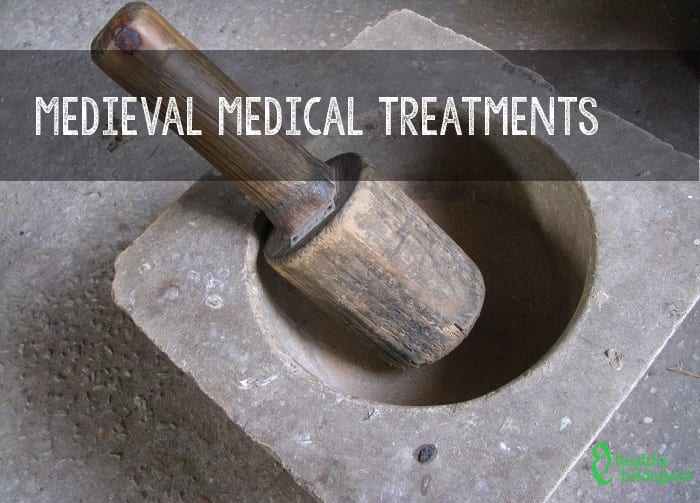 Following the decline of the Western Roman Empire during the early Middle Ages (5th to 10th century), Western Europe was enthralled a series of violent conflicts with barbarians who brought destruction to public infrastructure, including libraries and centers of learning.

Equally as destructive were the waves of epidemic plague that swept the European continent, leveling a dark toll on life and morale.  The effect on humanity stimulated an urgent need for medieval medical treatments.

The History of Medieval Medical Treatments

Over these centuries, Greco-Roman medicine, the basis for medicine since the time of Galen, the Greek physician and philosopher, had grown stagnant and was virtually lost to the Western World. Only those works preserved and protected by the monks in Christian monasteries remained.

Often these works were copied and hidden throughout the scattered cloisters alongside other protected volumes. As an accessory to their sacred mission, the monks would carry the medicinal work forward but were not as focused on scientific progress as the physician-philosophers of the past. Thus the work and writings of monks reflected the more practical aspects of medicine such as maintaining infirmaries and herb gardens.

The Birth of Medieval Medical Treatments

During the High Middle Ages (11th to 13th century), poor health, injury, infection, and malnutrition were still a common part of life. Injuries, diseases and plagues were all too familiar – and feared, for they almost always ended in suffering and death. There was little known about causes and most medieval medical treatments were either palliative (at best).

What little expertise existed was often limited to a few local healers or what folk remedies had survived the oral history passed down through the ages. But these folk practices had yet to be studied, compared, and consolidated into a singular practice. 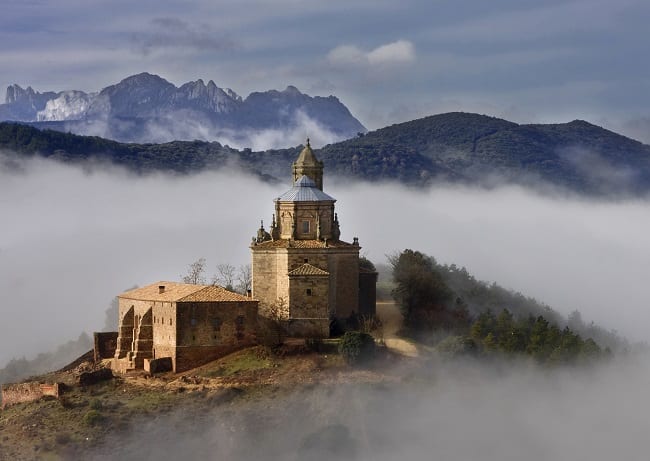 While folk medicine had evolved alongside cultures throughout history, it wasn’t until the Catholic Church and the advent of the monastery provided the means (and necessity) to centralize, study, and practice medicine in tandem with the spiritual and theological work central to the monastic mission.

Monasteries were remote and self sufficient, by design. The necessity to treat their fellow monks cultivated expertise that would blossom to become a valuable resource for the suffering and injured of the surrounding communities, thrusting the monasteries into the forefront of social medicine.

Monks and Nuns as Practicing Medicine

As such, they would aggregate information from the surrounding communities as well as the knowledge base shared within the Church. Through this concentration of resources and knowledge, monks and nuns became the most studied and practiced medical practitioners of this period.

The Spread of Innovation in Medieval Medical Treatments

Eventually monasteries would expand their infirmaries to serve the needs of the community, travelers, pilgrims, and others under the care of the religious order. This meant that folk medicines and methods gathered from across the monastic network could be practiced and improved upon, as well as documented for future study.

As these practices grew, innovations in herbal medicine, cultivation, and pharmacopeia would begin to flourish beyond the walls of monasteries. Simultaneously, in other parts of the world, herbal treatments had been tracked and tested. 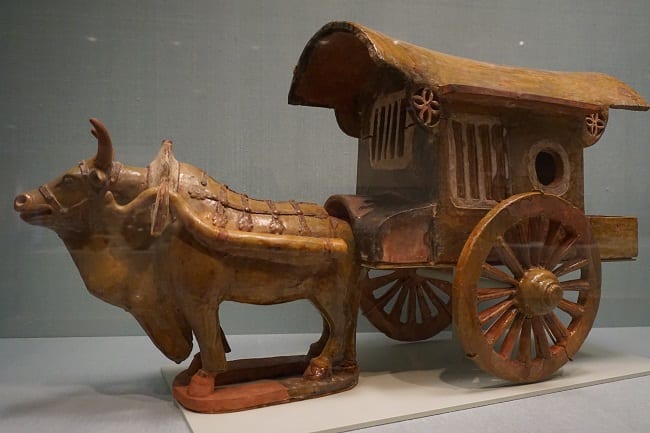 If the practice of medicine had not been unified within the spiritual, altruistic mission of the Church, the survival of over a thousand years of medieval medical treatments may have been lost.

This body of knowledge, protected and accumulated through the study and practice of Monastic Medicine, was handled with both the physical and spiritual in mind. A person was not merely a body to be healed, but rather a whole person whose spiritual wellness was an intrinsically tied to their physical wellness. 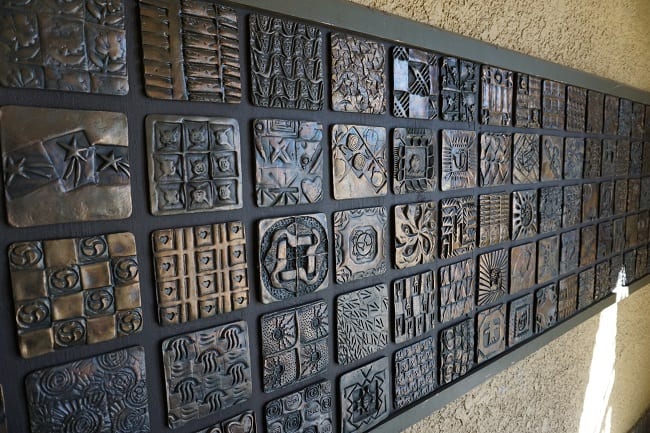 The notion of medicine as a practice of spirit mind body is a defining quality of medieval medical treatment, but one that would not remain intact. Monastic medicine, at least in the form of ordained study and pubic practice, would come to an end.

The Effects of a Church Restructuring

The very idea that had protected and propagated medieval medical treatments, eventually came under stress. A growing schism within the governance of the Church regarding the fundamental mission of its monks and cannons would force a reckoning.

This would culminate in a decree that would not only bifurcate religion from medicine in the public sphere but would also initiate the tectonic thrust of discord between science and religion, body and spirit, and the natural and supernatural. Aftershocks of which continue to this day.

At the Council of Clermont in 1130, the Church took its first steps to divorce itself from the practice of medieval medical treatments. Monks were supposed to avoid all forms of secular study, including medicine and law.

While some private study would continue, they were forbid from the practice of such in the public sphere. As a result, medicine was cast out as a purely secular pursuit – and the divisive, antagonistic pitting of faith against science began its inevitable, seemingly perpetual, clash. 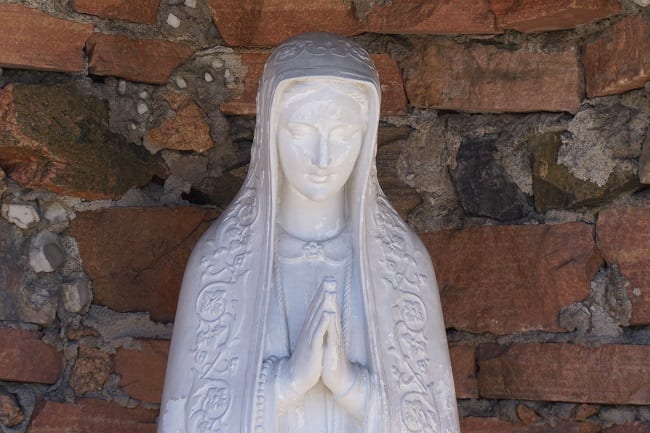 This decree took hold in the time of Hildegard of Bingen. She was in scarce company as she sought to progress her ideas of the entwined relationships between divinity, the body, and the natural world.

Few enlightened clerics held the position or power to further the idea that humans could (and should) move beyond the reflexive acceptance of illness as the “will of god”; to not merely seek relief or miraculous intervention from the shrines of the saints but to also seek such relief from the bounty of nature.

This line of thinking was precariously close to blasphemy and would indeed land Hildegard in the disciplinary crosshairs, but not before her work left a lasting mark.

The Formal Split of Secular Activities from the Church

The split was formalized 100 years later (in 1233, by Pope Gregory IX), during the Inquisition. The Church wanted to focus on its core competency: spirituality and Church doctrine. Tangential matters like medicine and law were seen as distractions from the core mission.

There were also growing concerns over the perversion of motives among these distinctly human practice areas due to the widespread demand for medicine and the captive, even coveted supply of knowledge and skills.

Something we can now view through the long lens of history as foreshadowing of what we now face: the motive of financial gain that has arguably usurped altruism in modern medicine.

We’re not here to tell you that everything would have been better if left in the Church’s hands or that monastic medicine held all of the answers. Like most human institutions, the Church was rife with corruption regardless of where and how medicine was vested.

The reformation teased out the depth of that corruption many years later, but it is hard to imagine that the monks and nuns who had been treating the sick during the Middle Ages were independently corrupt in ways that differed from any other function within the Church hierarchy.

We’d like to believe those monks and nuns who treated the sick and infirm were generally altruistic, and devoted to the betterment of man just as we like to believe our own medical practitioners and healers hold this ideal to be paramount.

Perhaps their motivations were a little selfish, insofar as helping others improved their chances of salvation, but they certainly weren’t counting on economic windfalls. Yet even centuries ago the problem of financial motives were coming into view.

As with many social issues, it is a problem of incentives. In other words, you tend to get what you incentivize. Socialized medicine is supposed to create equal access to healthcare, but at the expense of innovation. 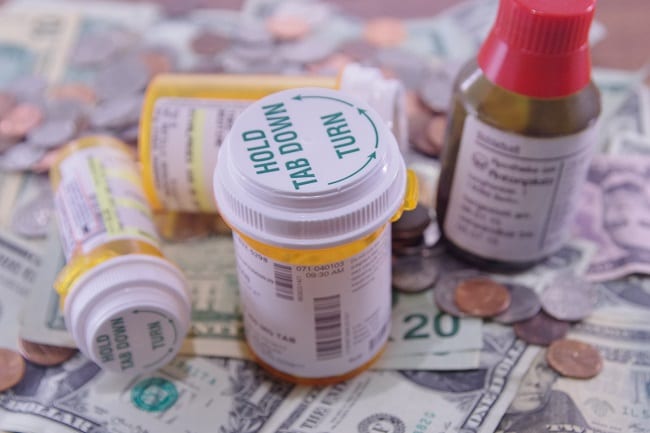 Free market medicine is supposed to produce bleeding-edge technological advancements, but results in disparate access to such advancements. It makes you wonder if there’s another alternative, beyond the existing options of socialized versus capitalist medicine.

Viewing our modern healthcare system detached from our individual experience reveals a marketplace of services in which a patient is really a client. The modern medical industry is an awkward marriage of public risk and private profit that is propped up by regulatory and legislative bodies that are subject to coercive financial powers wielded by those who would be regulated.

Medicine as a Case Study on Profitability

Like with any business, the best customers are repeat customers. Similarly, the best products are those that replicate cheaply, and deliver at premium prices (with great frequency).

Modern pharmaceutical companies are solving to this formula, in tandem with a market of “clients” that are conditioned to expect treatments that bring temporary symptomatic relief to any number of chronic, preventable conditions. The root causes of illness, the prevention of chronic lifestyle diseases are secondary concerns – at best.

The Need to Treat Symptoms

Most medical practitioners still hold altruistic ideals but often fall into the many trappings of our medicine-as-a-business system. The personal financial and legal risk, the power of insurance and pharmaceutical industries to set and enforce protocols of care, and the ever-changing regulatory environment too often force providers into choosing between financial viability and patient care.

Gone are the days of the family doctor providing community-based medicine. The majority of people now experience medicine as compartmentalized, intermittent channels of care that are most often activated when health is already compromised, resulting in the common practice of treating symptoms.

The modern medical system is simply not conducive to a holistic, personal, and longitudinal approach to wellness but instead plays directly into the problems of motives, like the turnstile of prescription drugs. 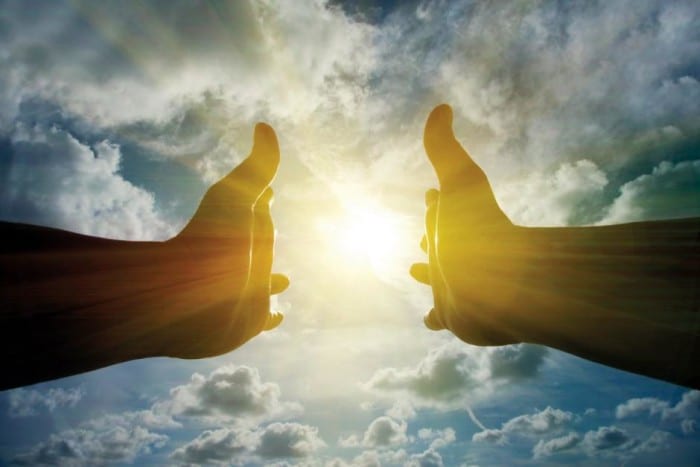 So what can we do? We can recognize the limitations of the current system and reframe our expectations accordingly. We can take responsibility for our health by empowering ourselves to live a lifestyle in which our health is not a function of pharmaceutical intervention but rather the culmination of choices we make every day.

Progress Doesn’t Apply to Everything

We can seek out those elements of the past that have been cast aside in the name of progress while embracing – through informed decisions, the benefits of modern medicine that best serve our individual needs.

And we can reunite the body and soul, reconnect with the bounty of the natural world, and invite the divine energy back into our lives.