What is Psyllium Husk? 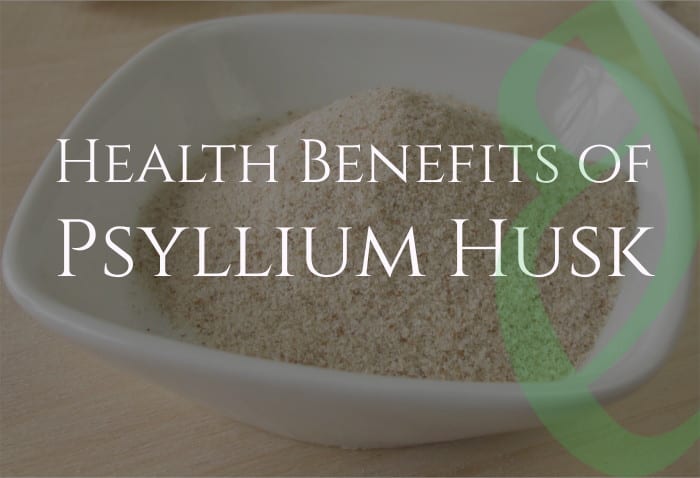 So what is psyllium husk? Psyllium (sill-E-um) is the common name of plants from the plantago genus. There are around 200 species of plantago found throughout the world. Psyllium is indigenous to the Mediterranean region, where its name was derived from Greek words for flea, due to its small, prolific seeds (each plant can produce up to 15,000). It is also found in West Asia, Pakistan, and India where it is commonly referred to by its Persian name Isabgol, meaning “horse flower” due to the shape of the seeds resembling the head of a horse.

What is Psyllium Husk?

Psyllium husk, or psyllium powder, is made from the seeds of the plantago plant, most commonly the plantago ovata. The psyllium seeds are covered with an outer layer, or “husk”, that is high in soluble and insoluble fiber. This layer is also referred to as mucilage.

Mucilage is a thick, sticky or glue-like substance found in most plants. Mucilage is an important substance used by plants to form new membranes, store food and water, and to germinate seeds.

In the case of psyllium, the outer layer or husk of the seeds are covered in this mucilage fiber. The seeds are harvested and then minimally processed, usually ground, in order to expose the fiber. The health benefits of this fiber is why Psyllium husk is consumed.

So, what is psyllium husk? It is the outer layers of psyllium seed.

How Do You Take Psyllium Husk?

Some name-brand digestive-aids and fiber supplement products, such as MetaMucil(TM), are really just psyllium husk with some added flavorings and sweeteners to make it more palatable to drink.

Other psyllium husk products, including many health store brands, are also 100% ground psyllium husk. Most bulk food or off-label brands consist of only coarse-ground psyllium seed, which can be added to baked goods or other recipes, smoothies, or mixed with your favorite healthy beverage.

The more coarse grinds don’t mix as well with liquids as the more processed name-brands and so they can be a little difficult for some to drink. If you don’t want to experience the taste (it’s very mild) or unique consistency of psyllium husk, capsules are a great option.

When taking psyllium husk in any form, it is important to make sure that you are drinking plenty of water.

What is Psyllium Husk Used For?

Psyllium husk is consumed for the digestive benefits of soluble and insoluble fiber. Psyllium husk is almost entirely made out of fiber. When psyllium fiber is taken with water it swells 8 to 14 times its original size. In fact, psyllium fiber is reported to have a water absorption capacity in excess of 50 times its original weight. The bulking and gelling qualities are what provide immediate benefits to the digestive system.

The most common uses of psyllium husk are for relief of constipation or diarrhea. But many people regularly consume psyllium husk as a nutritional fiber supplement. Scientific studies on a diet high in soluble fiber has been associated with a number of positive health effects, including lower cholesterol, reduced risk of heart disease, lower blood sugar and insulin levels, and lower blood pressure.

Psyllium helps relieve some of these problems over time by removing and preventing the absorption of toxins into the blood. It is most valuable for its ability to stabilize glucose levels, moderate cholesterol, manage appetite, and utilize fat.

What Does Psyllium Husk Do?

Psyllium fiber softens the stool, relieving constipation, but also relieves diarrhea by producing more bulky stool through water absorption. This absorptive quality is also why it is recommended to increase your intake of water when incorporating psyllium fiber into your diet.

The smooth, bulky mass created by the psyllium husk aids digestive movement, activates intestinal flora, dresses the stomach and intestines with a protective layer, and facilitates elimination of waste. The high fiber content of psyllium husk also contributes to a number of health benefits beyond the digestive tract.

What are the Health Benefits of Psyllium Husk?

Plantago has been used since pre-historic times as a natural remedy. The plant is astringent, anti-toxic, anti-microbial, anti-inflammatory, anti-histamine, and is a natural expectorant and demulcent.

The immediate effects on the digestive tract have been the primary uses of psyllium fiber for centuries. Hildegard of Bingen medicine emphasized the benefits of psyllium fiber well beyond our intestines. She recognized many of the long-term benefits as early as 1138.

The healthy hunger-satisfying qualities of psyllium are also why it is recommended as part of Hildegard’s three healthy fasts.

The Natural Composition of Psyllium Husk

Psyllium husk consists of a protein that has a carbohydrate attached. These compounds are called glycoproteins. In plants, glycoproteins are essential in the formation of membranes.

Similarly, in humans, glycoproteins are found in the mucosal layers of the digestive and respiratory system. So when you ingest psyllium husk, the natural properties of the plant fibers act as a soothing layer of mucosa, enhancing and protecting your body’s own natural mucosal layers.

Psyllium husk also contains non-digestible sugar-like compounds that change structure when in contact with water. One such compound, galacturonic acid, is the main component of pectin, the natural fruit source used in jams and jellies. These compounds are common in other plants with similar properties, such as: chia seeds, flax seeds, aloe, okra, and prickly pear.

While psyllium husk provides many short-term digestive benefits, there are also long-term health benefits associated with a diet high in fiber.

Psyllium husk fiber helps control cholesterol by accelerating the production of bile.  Bile is a complex fluid made in the liver with two primary functions.  Bile (i) emulsifies; and (ii) transports lipids (fat). Emulsifying is a process that breaks down large fat molecules into their subsidiary fatty acids, so they can be absorbed and utilized.

During digestion, psyllium husk fibers bind to bile acids in the stomach, ensuring their excretion. This process creates a healthy renewal cycle, where the production of new bile acid is stimulated and old toxic bile is excreted. The liver (where bile is produced) removes cholesterol from the body by converting it to bile salts. Bile salts ultimately get deposited into the bile, and eliminated in the feces. This process results in lower cholesterol levels in the blood and fresh new bile acid.

Research has shown psyllium husk powder benefits in controlling cholesterol. A low fat diet containing psyllium can reduce bad (LDL) cholesterol levels by 7%, while having no significant effect on good (HDL) cholesterol and triglycerides. Along with the reduction of negative blood lipids comes a significantly reduced risk of heart disease.

Bile acids have a detergent action on particles of dietary fat, causing fat globules to break-down (emulsify) into microscopic droplets. Emulsification is not digestion on its own, but is important.  In effect, it increases the surface area of fat, making it available for digestion by lipases, the digestive enzymes specific to fat.

The Ubiquity of Psyllium Husk

Many Americans indirectly know of the health benefits of psyllium fiber through branded products such as Metamucil, but the long-term health benefits of soluble fiber as a regular dietary ingredient are a much more recent development. In addition to its role in maintaining a healthy digestive system, psyllium fiber has also been found to be effective in controlling cholesterol levels and postprandial serum lipoproteins, which represent the primary cause of Coronary Heart Diseases (CHD).

These long-term benefits are primarily due to psyllium fiber being an insoluble fiber, one of the two types of fiber essential in maintaining optimal health. In humans, psyllium fiber and guar gum appear to be the most effective cholesterol-lowering soluble fibers.

Studies on the beneficial properties of psyllium fiber have demonstrated such convincing results that the Food and Drug Administration (FDA) in 1998 made an exception in allowing for the following health claim to refer specifically to psyllium:

“based on the totality of publicly available scientific evidence, soluble fiber from psyllium husk…when included as part of a diet low in saturated fat and cholesterol, may reduce the risk of CHD by lowering blood cholesterol levels.”

Now that you know the answer to ‘what is psyllium husk?’ as well as the health benefits of psyllium husk, you can begin to incorporate it into your diet to experience the benefits for yourself. A follow-up post on psyllium fiber will address some of the specific benefits relating to a high-fiber diet.